Grad-Night and After-Prom Party Entertainment
So many choices, How to choose?

Year after year, the schools that hire me for Grad Night and After-Prom Party Entertainment do so for the same reasons: They want a reliable performer, who delivers an exciting show, and nobody ever has to explain what happened to parents or administrators after the event. 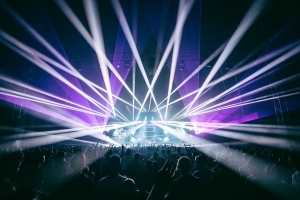 Without a doubt, fun and safety must go hand in hand at any After-Prom or Grad-Night party. After all, isn’t that why the party exists in the first place? To keep the teens safe?

If your teen is gearing up for high school graduation, planning a big party may feel like an overwhelming task. Fortunately there are simple solutions for your next big celebration.

When my own children and friends were about to celebrate one of the most important & memorable events in their life. I became tasked with finding the perfect entertainment to celebrate Grad Night. As a former event coordinator, I understood the criteria: Something exciting, memorable, safe and age appropriate….

Not only did I find the answer, I decided to become part of that solution.

For over a decade now I have become an expert in comedy entertainment services for high schools, including Grad Night and After-Prom Party Entertainment across the USA and Canada. Often invited to return to school’s year after year. On occasion I am hired for the next year, bef Save ore I leave the venue because they know that my shows will be professional, safe and age appropriate.

Parents can relax knowing their Grads are enjoying an interactive, memorable time with their peers. Afterwards saying the comedy hypnosis show was the best part of the evening.

You want an event kids and parents are going to talk about, for all the right reasons, long after they graduate. An After-Prom or Grad Night comedy hypnosis show is the perfect event. A comedy stage hypnosis show is unique, because every show is different, and the students become the stars of the show. There is no better way to have fun than to make the students the star of their event, rather than a band or juggler, or some other performer who is just viewed.

Contact me now at (425) 248-7676 to check your dates for Grad Night and After-Prom Party Entertainment. I stay busy every grad season and prom season, and often return to the same school’s year after year.  Book “That Lady Hypnotist Comedy Show” for your grad or prom night event while dates are still available.